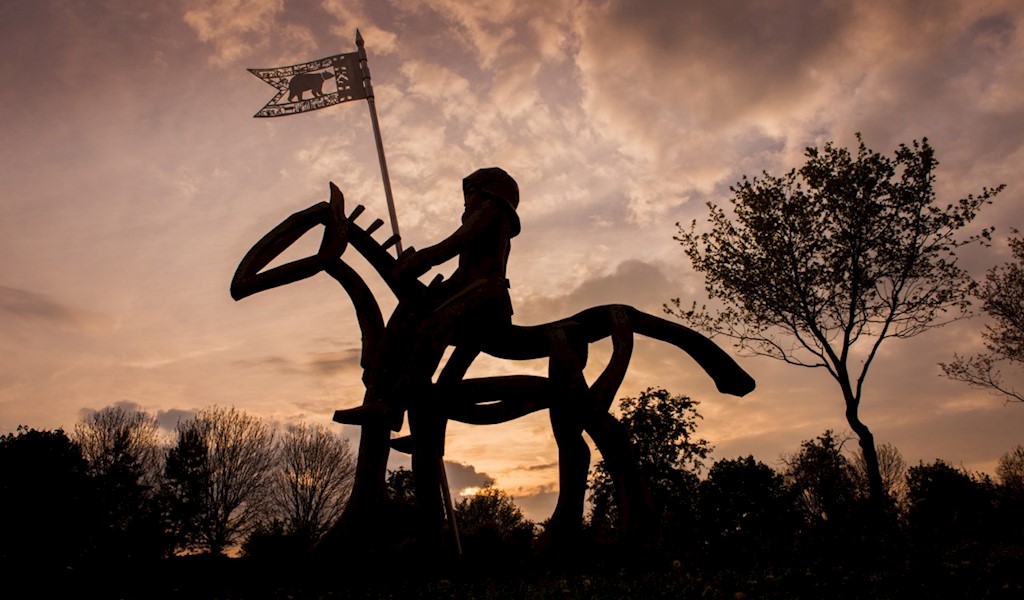 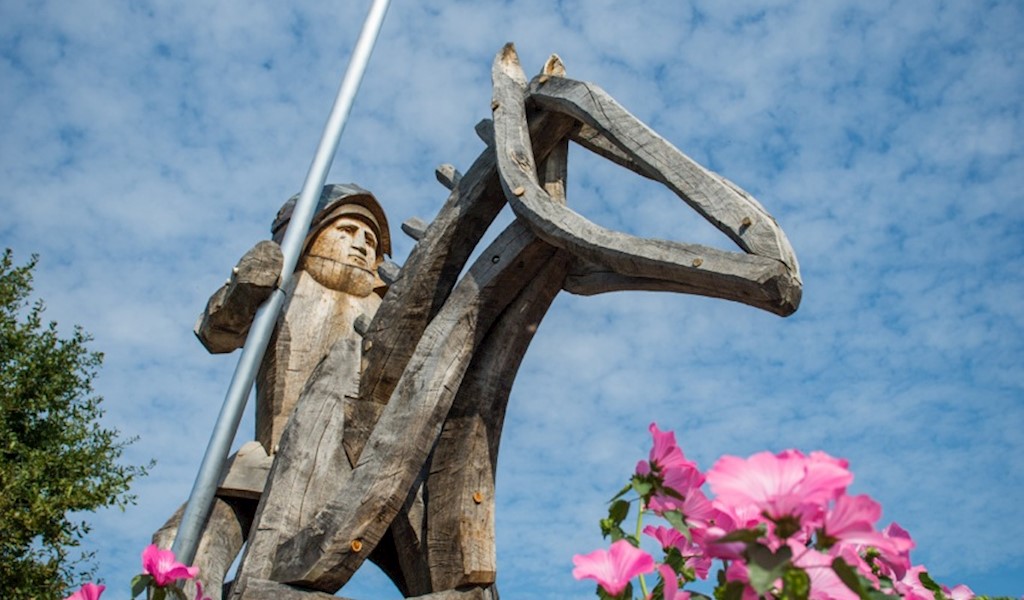 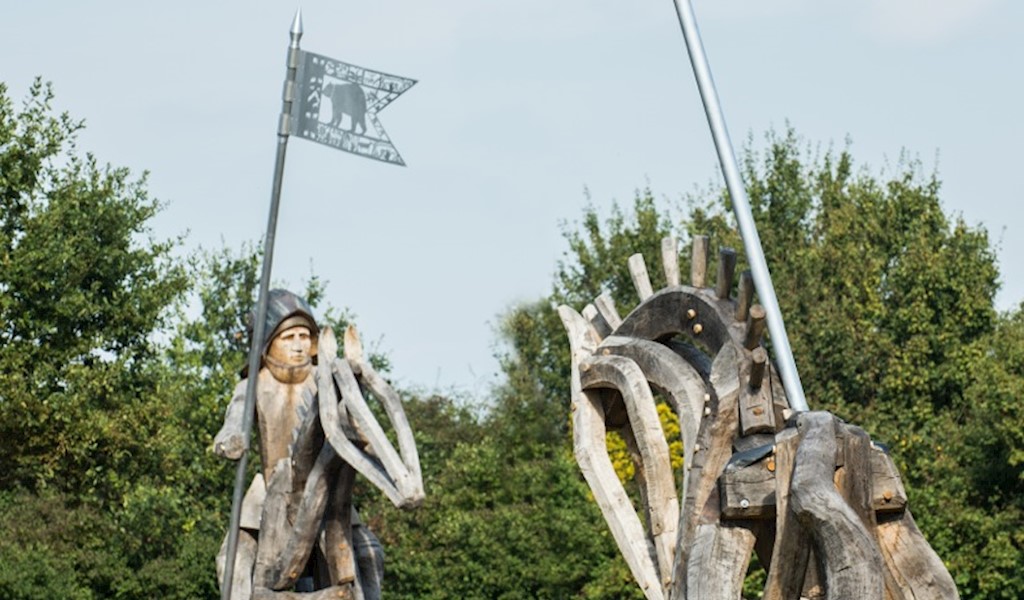 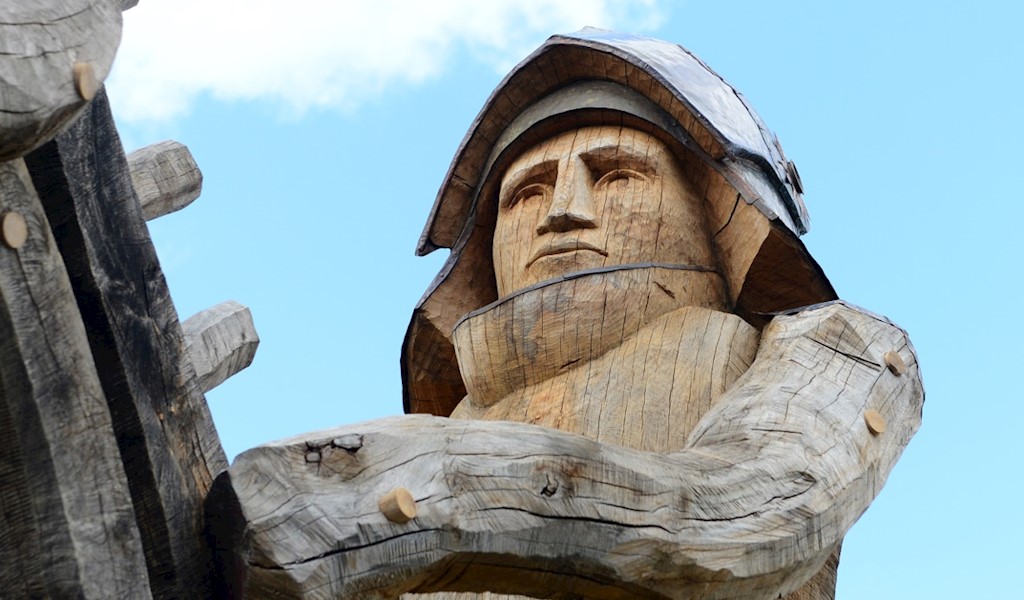 For just one day in the fifteenth century, Tewkesbury was the centre of events with national implications. The Battle of Tewkesbury was fought on Saturday May 4th 1471 over fields to the south of the town. No-one knows the extent of the slaughter. The nobles were interred in the Abbey and its graveyard; the common soldiers in anonymous pits in the fields.

“The Arrivall” sculpture commemorates these events and these men. It is located on the high ground which the Yorkist army crossed to give the opposing forces their first views of each other; creating the moment when any doubt about what was to happen on that day evaporated, and battle was inevitable.

The name comes from the contemporary account of the battle; “The Arrivall of King Edward IV to reclaim his realm of England from King Henry VI.”

The figures represent victory and defeat. They were created by Forest of Dean based artists Phil Bews and Diane Gorvin. The figures were hewn from green oak sourced from local trees, using the boughs which have no commercial value, other than firewood, because of their shapes. They are a Timber framed sculpture for a timber framed town. The lances and pennants are a contrast, made from metal cut using high pressure water jets.

"Victor" is a five metre high knight on horseback holding an eight metre long traditional lance topped with a pennant. "Vanquished" is the riderless horse with a similar lance resting across its back and its head is bowed.

The pieces were paid for by local fundraising. There was considerable help “in kind” from local industry and creative input from local young people. They are rooted in the community.